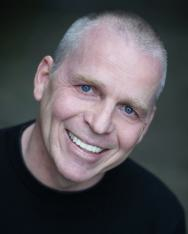 Peter Baumann (born 29 January 1953) formed the core line-up of the pioneering German electronic group Tangerine Dream with Edgar Froese and Christopher Franke in 1971. Baumann composed his first solo album in 1976, while still touring with the band, and embarked on a solo career in 1977. He founded the record label Private Music. Since the early 2000s, Baumann has devoted his time to studying and promoting initiatives in science and philosophy that shed light on the human condition. Provided by Wikipedia